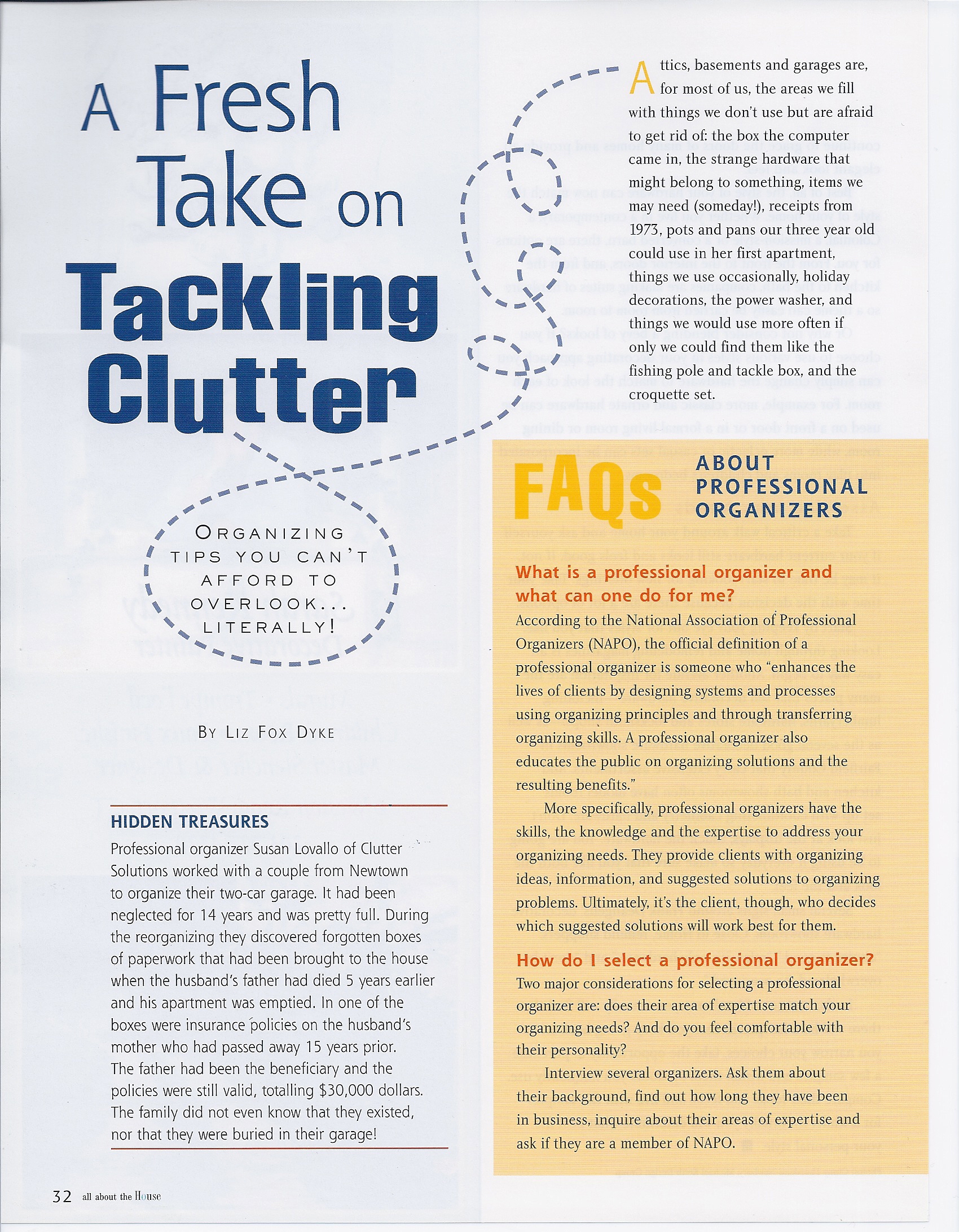 “Hidden Treasures”
Professional Organizer Susan Lovallo of Clutter Solutions worked with a couple from Newtown to organize their two-car garage. It had been neglected for 14 years and was pretty full. During the reorganizing they discovered forgotten boxes of paperwork that had been brought to the house when the husband’s father had died 5 years earlier and his apartment was emptied. In one of the boxes were insurance polies on the husband’s mother who had passed away 15 years prior. The father had been the beneficiary and the polies were still valid, totalling $30,000 dollars. The family did not even know that they existed, nor that they were buried in the garage!